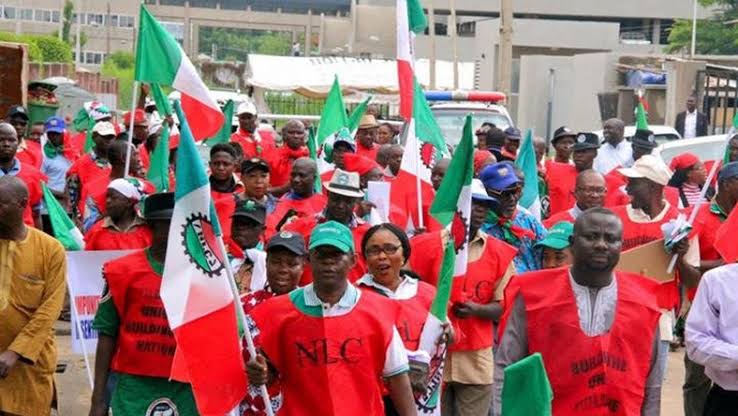 NLC has declared that state government that cannot pay the 30,000 minimum wage should
resign with honour, or they would face impeachment. The threat was made ahead of the meeting of labour leaders, which would be held in the Nation capital Abuja. This meeting centres on strategies to negotiate the consequences arising from the N30,000 minimum wages.

It is Illegal to avoid the Minimum Wage
The Nigerian Governors Forum has previously said that state Governors would not be forced to accept the federal government stance on the new minimum wage structure. They argued that the minimum wage should not be for every State government. According to them, those who have higher state allocation and internal revenue should oblige.

However, the NLC secretary Emma Ugboaja has said that it was illegal for any government not to comply with the minimum wage. He made this remark at the opening ceremony of the national executive council meeting with the national union of chemical rubber leather and nonmetallic product employees. The meeting was held in Ota, Ogun State, and he emphasized that the issue of the new minimum wage would not be based on a master-servant relationship. He further declared that all state Governors must ensure that they must pay the minimum wage, and
no civil servant would be short-changed.

“Comply or Face Impeachment”
In the words of the NLC secretary, he said: “State Government that would not comply and pay the new minimum wage would be impeached.&quot; “It is criminal not to pay, and labour cannot play the script of Governors. Nigerians participated throughout the implementation of the new minimum wage, and they have fixed it. If the Governors can afford an extravagant and luxurious lifestyle, then they must find a way to pay the new minimum wage to the workers that do the job.” We challenge them to prove to us that they are not flying in private jets about three times a week. While the payment of a minimum wage of N30, 000 becomes a struggle for them. We would also work with the private sectors and their unions to ensure compliance across the board.”

The FG has set a date of 31 st December for the implementation of the minimum wage, and labour leaders would be meeting tomorrow in Abuja for compliance strategy.